Association between EU guidelines and vaccination in Germany between 2011 and 2017 | springerpflege.de Skip to main content
TOOLBAR 1 2 3 4
SUCHE MENÜ 1 2 3 4

Every fourth citizen within the 28 European Union (EU) member states is over the age of 65 years. In connection with the increasing numbers of senior citizens, vaccinations have become even more important as preventive measures. Vaccines are an established preventive measure and help to ensure that many diseases no longer have a fatal outcome. With respect to the health economic as well as preventive advantages of vaccines, there is possibly a considerable benefit for the EU to support the vaccination program for older patients within the framework of the demographic shift. Since 2011 the EU addresses the demographic change and has thereby placed the possible chances and risks on the agenda.

By focussing on Germany as an EU member state, the question whether the EU guidelines had an influence on vaccination access for senior citizens in the years 2011–2017 was analyzed. It is discussed if a healthcare policy influence was pursued, regardless of not having a unified EU healthcare system.

The EUR-lex database was searched for relevant EU policies regarding vaccination and older patients between February 2011 and May 2017. Results were then discussed within four expert interviews, which were from industry, academia, politics and physician practice.

Overall, four relevant EU policies since 2011 were selected. The discussion resolves that the initiative of the EU to promote the healthcare of senior citizens (EMA Geriatric Medicines Strategy) and the Clinical trials – Regulation EU from 2014 had a significant impact on vaccination access. Due to the EU national policies in Germany were initiated, which had an effect on national level to this specific risk group and vaccination access.

Other than expected, the EU has a passive influence on the healthcare policy transformation on a national level; however, it should be noted that initiatives in politics are always influenced by several impulses. Hereby, a deeper analysis should be considered, which includes the policy action campaigns by multinational stakeholders.

Titel
Association between EU guidelines and vaccination in Germany between 2011 and 2017
How healthcare legislation of the EU has influenced access to vaccination for senior citizens in Germany since 2011
Autor:
German Managed Care Association Benjamin Azadi 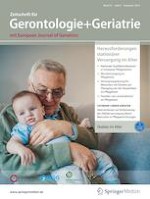 Quality of life improvement in aged patients after toenail surgery