» Jetzt Zugang zum Volltext erhalten
Wichtige Hinweise
Supported in part by a grant from Medtronic Foundation as part of their HeartRescue project.

Cardiac arrest is the most common cause of death in most industrialized nations. The vast majority of cardiac arrests take place out-of-the hospital making out-of-hospital cardiac arrest (OHCA) a major public health problem. In spite of recurrent updates of national guidelines for cardiopulmonary resuscitation (CPR), in the United States the survival of patients with OHCA due to ventricular fibrillation (VF) averaged 17.7% and was essentially unchanged from the mid-1970s to the mid-2000s. Extensive experiments from basic physiological research laboratories provided a better understanding of not only the difference between primary and secondary cardiac arrest but also of the hemodynamics of resuscitation from primary cardiac arrest. Using these new forms of therapy, we were able to improve survival in our laboratory. These experimental findings failed to result in changes in guidelines as there were no randomized controlled trials in humans. An alternative approach to improving survival in humans is the model commonly used to improve public health problems, that of continuous quality improvement. This process advocates obtaining baseline data, and if not optimal, advocating changes and re-evaluating the results. In the United States as well as in Arizona, the baseline survival rate was 17.7%. We then advocated chest compression only CPR for patients with primary cardiac arrest. The survival rate during the period from the beginning of 2005 to the end of 2009 increased from 17.7 to 33.7%. 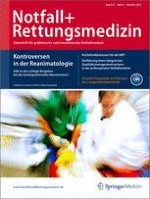