In Sweden there is a socioeconomic divide between white and blue collar workers with respect to the risk for premature exit from working life. Disability pension has long represented a major reason behind early exits.

The present investigation aimed at studying the effect on socioeconomic groups of new guidelines issued by the Swedish government in 2006, limiting the possibilities for applicants to be granted pension on medical grounds.

The study was based on register data comprising the prevalence of disability pension and premature age pension in different occupations in the age group 55–64 years, comparing the years 2006 and 2011.

It was found that in 2011 under the new guidelines, newly approved disability pensions had dropped by 70%. Women were affected more than men. The drop in disability pensions affected applicants within the two most prevalent diagnosis groups, mental disorders (a drop by 58%) and musculoskeletal disorders (a drop by 87%). In the same time period, the percentage in the age range 55–64 years choosing premature age pension more than doubled. An increase in the number of premature age pensions was more common in blue collar occupational groups than in white collar workers. Occupation had a higher impact on working life expectancy than country of birth.

There are strong indications that many applicants, particularly blue collar workers, who had been unable to be granted disability pension under the new operational guidelines, instead choose premature retirement, a costly alternative for many individuals with already low pension benefits. The results indicate a tendency of passing on the societal costs of early labor market exits to various economic compensation arrangements, as well as to the individuals themselves.

This investigation aimed at analyzing the development of approved applications for disability pension in the time period 2006–2011, following the changes instituted in 2006. The study was based on register data comprising the prevalence in the age group 55–64 years of disability pension and early age pension in different occupations. Special emphasis was on the differences between women and men. Swedish Social Insurance Agency data pooled with LISA5 statistics [1922] concerning approved disability pensions in 2006–2007 among persons in the age range 55–64 years were further analyzed with respect to socioeconomic patterns in the 10 occupations with the highest percentage of approved cases. This analysis was carried out using the 4‑digit SSYK code, based on the International Standard Classification of Occupations (ISCO-88) [23]. The classification between blue and white collar occupations was undertaken using a proposed translation key developed by Statistics Sweden [24], based on a set of criteria including nature of work, required length of education, and management responsibilities. It has been recognized that identification of socioeconomic status may take into account a person’s main type of activity, occupation, occupational status (self-employed/employee) and be divided into upper non-manual employees, lower non-manual employees, manual workers and self-employed [25].

This population study aimed at an assessment of the proportion of individuals in different socioeconomic groups who had chosen early age pension in 2004 and in 2011. It was based on the Swedish national labor statistics covering all employees who had an occupational definition and who were 55–64 years of age in 2004 or in 2011. The individuals included in the study were classified in the age bracket 52–61 years in 2001 for the outcome age 55–64 years in 2004 and in 2011. In all, approximately 773,000 individuals were included in the study population for 2004, and 788,000 for 2011.
Occupations were identified according to the 3‑digit SSYK code, with special consideration paid to differences between males and females. In the data processing the focus was on the largest occupational groups; hence, the 50 most common occupations in men and women were analyzed out of the 112 occupations listed according to SSYK 3. The group sizes in the study are large with at least 1000 observations in each group.

In a previous report [8], the working life durations in different occupational groups were analyzed. In the present context, the same methodology was applied to account for the country of birth. The analysis was carried out as a population study employing methodology used in demographics to predict life expectancy at birth. Calculation of life expectancy in population statistics is based on data concerning the number of deaths in different age groups. Likewise, calculations of expected remaining working life duration are based on data of the exits from working life. These calculations comprise death, disability pension and long-term sick leave preceding disability pension. The study was based on the Swedish national labour statistics, covering all employees who had an occupational definition in November 2006. Another inclusion criterion was to be in the age 35–64 years during the measurement period 2007–2010. Exiting before age 65 years means that a person faces lost years in working life. At age 35 years, there remains 29.5 years for an individual to reach 65 years, the Swedish pension norm. Hence, the number of lost years is 29.5 years minus the expected number of years entailed in the analysis. For a more in-depth description of the method employed, see [8]. In the presentation of the ancestry statistics, the socioeconomic identification key based on occupation is applied again [24], but in this case SSYK 1, the highest aggregation level; this is to ascertain relevant group sizes.

The effect of the policy change in 2006 was dramatic. In the time period 2006–2011, the total number of approved applications annually was reduced progressively from 48,176 to 14,369, i.e. by 70.0%. For women, the reduction was 74.4% and for men 64.3% (Fig. 1). Within the two major diagnostic groups according to the International Classification of Diseases (ICD-10-SE); F00–F99 (mental disorders) and M00–M99 (musculoskeletal illnesses), the reduction amounted to 58% and 87% respectively. In women the reductions amounted to 64.9% for mental disorders, and 91.1% for musculoskeletal disorders; in men the corresponding reductions were 48.8 and 90.0%, respectively.
×
Who were the people who had been granted disability pension before the policy change? Fig. 2a, b shows the 10 occupations with the highest percentage of the population sample in the age span 50–64 years. The mean percentages in women and men were 3.61% and 2.49% (p < 0.001), respectively, showing that it was significantly more common among women than men to be on disability pension before the change in governmental policies. It was found that among men, all 10 of the occupations singled out were characterized as blue collar, and among women 9 out of 10. In fact, extending the figures by another 10 high risk occupations also entails solely more new blue collar occupations for men and women.
×

The result of the study showed that the change in disability pension policies in 2006 affected blue collars more than white collars, and women more than men. These findings comply in part with the results in earlier studies [1921], noting that many of the most affected occupations before the change could be characterized as manual jobs with low requirements of formal education. These characteristics are part of the criteria applied by Statistics Sweden [24] in the development of a key linking SSYK code to socioeconomic group. In the present analysis, these affected occupations were classified as blue collar.
The high occurrence among blue collar workers when it comes to accepted applications for disability pension before policy change complies with statistics from the Swedish Social Insurance Agency with respect to sick leave incidence [20]. Fig. 5 shows the numbers of sick leave per 1000 employees for the year 2006 in different occupations, classified according to SSYK 1. It is clear that the same distinction gradient between blue and white collar jobs exists with respect to sick leave as well as concerning disability and early age pension, further illustrating previous conclusions with respect to the importance of social determinants on health and retirement generally [2627].
×

In the present study it was found that following the 2006 change in disability pension policies, in 2011 there was a significant increase in the number of older persons who had chosen to take early age pension. This development concerned blue collars more than white collars, and women more than men.
Anzeige
For an older person who has been denied disability pension on medical grounds, there are a limited number of possible options, including continued work despite poor health, unemployment, sick leave, relying on relatives, or, as a last resort, social security. In this situation, it is understandable that early age pension may be seen as a solution, even though taking retirement pension before age 65 years negatively affects lifelong pension benefits. It is a costly alternative for most people, but for those who may have acquired few pension points (perhaps worked few years, part time or with low salary) it may be seen as an economically acceptable way out.
A closer analysis of the white collar data reveals that a particularly high prevalence of persons on early age pension was found among male managers, for instance SSYK 121, directors and chief executives, and SSYK 131, managers of small enterprises (5.1% and 5.2%, respectively, compared to 2.5% across all occupations). Among women, the corresponding figures were 2.7% and 2.1%, compared to 1.7% across all occupations. There seems to be a difference between male and female behavior in this respect.

It was found that the socioeconomic divide between blue and white collars exists across all groups irrespective of the country of origin. Those born outside Sweden tended to exit work earlier than Swedes. Based on statistics concerning disability pensions in 2006–2007 in groups of persons living in Sweden but with different ancestry, it has been reported that those who had immigrated to Sweden had a higher probability than the Swedish born to be on disability pension [19]; however, it was found that when controlling for occupation, the differences between groups of different origins decreased; among men, the probability of exiting due to disability pension became independent of country of birth, and also among women, the differences were markedly reduced. The results of this study comply largely with these findings; the occupation tended to have a larger influence on working life exits than ancestry.

The gender differences observed in the present report with respect to disability pension before the policy change in 2006 reflects that in Sweden, periods with long (>60 days sick leave) became more common among women than among men in the early 1980s, and the female to male ratio increased sharply up almost twofold from the early 1990s and onwards [28]. The Swedish labor market is highly gendered and the difference in female to male sick leave is largely driven by higher sickness absence in the occupations which are predominantly female (in healthcare and education). Women in the health sector reported the highest prevalence of low control in the Swedish Work Environment Survey in the early 1990s [29], and this structural difference prevails [30]. The results with respect to country of origin comply with statistics concerning sick leave in socioeconomic groups, showing that insured immigrants have a slightly higher risk of sickness benefit compared to Swedish born people. This difference was primarily explained by the fact that immigrants usually work in the service industry, healthcare and sales industry, which are occupations with relatively high levels of sickness absence [31]. Women had higher risk than men, particularly high among immigrants from regions suffering from armed conflicts.

This study showed that the guidelines introduced by the Swedish government curtailing the possibilities for applicants to be granted disability pension affected women more than men, and blue collar more than white collar occupations. There was an apparent flow among those denied disability pension to early age pension, in particular in blue collars. The findings indicate that the budgetary savings of disability pensions arrived at by the government were at least to some extent transferred to the individual persons. The socioeconomic divide between white and blue collars prevailed also with respect to working life exits in groups of different ancestry. The restrictive terms for awarding disability pension, combined with the proposed higher age for full retirement benefits, and the strong economic benefits available to those who work longer, will increase the social inequalities. There is a need to take into account the effect on different socioeconomic groups of the changes currently being introduced in the welfare systems. 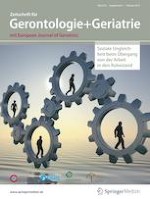 Transition to retirement in the healthcare sector