Heart failure (HF) is common in older people. The diagnosis of HF, however, is difficult in older subjects, especially in settings without direct access to further diagnostics. The type of blood pressure response during the performance of a Valsalva maneuver has been suggested as an easily applicable bedside test to detect HF; however, the reliability of this maneuver and the association with HF is unknown in geriatric patients.

This study included 89 patients admitted for geriatric rehabilitation. Systolic blood pressure was taken while the patient performed a Valsalva maneuver. The systolic blood pressure response was classified as sinusoidal (type A), absent overshoot (type B) or square pattern (type C). To test interrater reliability systolic blood pressure response was evaluated independently by two investigators. The procedure was repeated after 1h to estimate test-retest reliability. Both investigators were blinded to the results of the other. Interrater reliability and test-retest reliability were calculated using Cohen’s kappa. Blood samples for N‑terminal pro brain natriuretic peptide (NT-pBNP) were obtained on the morning the Valsalva maneuver was performed.

The blood pressure response during a Valsalva maneuver shows an excellent reliability in older subjects. The type of response is associated with the NT-pBNP plasma level.
Anzeige
Vorheriger Artikel Laying the foundation for an ICF core set for community dwelling older adults in primary care: an expert survey
Nächster Artikel Langzeitpflegeeinrichtungen in der COVID-19-Pandemie 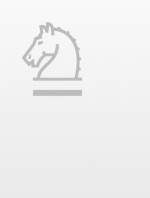