Access to community care for people with dementia and their informal carers | springerpflege.de Skip to main content
TOOLBAR 1 2 3 4
SUCHE MENÜ 1 2 3 4

People with dementia and their informal carers often do not receive appropriate professional support or it is not received at the right time.

Description and comparison of common pathways to formal community dementia care in eight European countries as a part of the transnational Actifcare project.

The German team was responsible for creating an individual case scenario as a starting point. The research teams in Ireland, Italy, the Netherlands, Norway, Portugal, Sweden, and the United Kingdom were then asked to describe a common pathway to formal dementia care by writing their own vignette using the provided individual case scenario.

A transnational qualitative content analysis was used to identify the following categories as being the most important: involved professionals, dementia-specific and team-based approaches, proactive roles, and financial aspects. General practitioners (GPs) are described as being the most important profession supporting the access to formal care in all the involved countries. In some countries other professionals take over responsibility for the access procedure. Dementia-specific approaches are rarely part of standard care; team-based approaches have differing significances in each of the countries. Informal carers are mainly proactive in seeking formal care. The Nordic countries demonstrate how financial support enhances access to the professional system.

Enhanced cooperation between GPs and other professions might optimize access to formal dementia care. Team-based approaches focusing on dementia care should be developed further. Informal carers should be supported and relieved in their role. Financial barriers remain which should be further investigated and reduced. 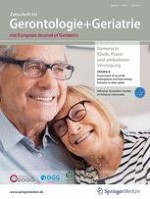